This research article aims to study the behaviour of expansion bolts under axial, shear and bending interaction of base plate connected cold form steel storage racks. The bilinear moment rotation relationship was adopted to identify the ultimate moment of resistance and stiffness of the base plate connected to a concrete block using M10 grade anchor bolt at different range of axial loads ranging from 25% to 100% there by the design strength of upright profile was studied. The dimension of the upright and the base plate thickness has to be changed so that the extreme stability under various ranges of axial and transverse loads had been studied. Using finite element analysis software (Abaqus), a model has been created and designed to observe moment rotation characteristics, behaviour of base plate under simultaneous axial, shear and bending interactions and compared with experimental analysis. Comparative studies reveal that there was no failure in the concrete block and when the upright thickness increases, the stiffness and moment of the base plate increases despite having a similar cross section. An interaction equation was developed to find the stiffness and ultimate moment of resistance of the base plate connection. 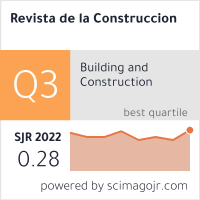