Helping Behavior in Rats May Be Facilitated by Social Learning

Recently, several authors have reported evidence of helping behavior in rats. However, the mechanisms underlying such behavior are unclear. Two experiments with Wistar rats used the task developed by Sato et al. (2015) to assess whether social enhancement affects the helping response. Experiment 1 tested whether rats placed in a dry compartment adjacent to a pool-type compartment (where another rat was trapped) opened a door to allow the trapped wet rat to escape from the water. The behavior of rats was also examined by reversing the roles (wet rats were placed in the dry compartment, while dry rats were placed in the pool-type compartment). The results obtained with 16 rats, using analysis of variance (ANOVA), showed that no rat opened the door to liberate a soaked cagemate; even rats that had previously experienced soaking did not open the door to allow the trapped rat to enter the dry area. In Experiment 2, a pre-training phase was introduced that involved local enhancement (the researchers opened the door). The results obtained with 32 rats and analyzed using an ANOVA showed that, with the pre-training phase, rats learned to help a cagemate, both in the initial and role-reversal sessions. The findings are discussed based on the methodological differences of both studies (such as the housing and strain of rats). The discussion also covers the role of social learning in the modulation of helping behavior in rats, with the desire for social contact being advanced as an alternative explanation for helping behavior. 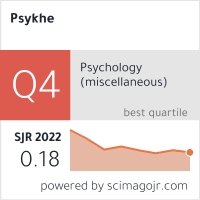